We are now shipping DIRECTV’s new lower-cost H44 GenieLite. This is, in effect, a Genie (HR44) but without a hard drive built in. External hard drives will be sold separately, but we don’t yet know whether the H44 will accept drives larger than the DIRECTV-branded 1TB.

The main advantages of the H44 are its size and price. It can be mounted behind a TV and out of sight, and it also can be used in conjunction with other clients in other rooms (C31, C41, C41W). The H44, like the HR44, requires a SWM (single-wire multiswitch) setup, either via SWM LNB or a SWM8 or SWM16.

The H44 also has a PI21 built in, so it can power a SWM LNB without a separate power supply. It CANNOT power a SWM8 or SWM16, however. For a SWM8/SWM16 module, a separate PI29 is required. The H44 itself also requires a power supply.

The H44 supports wired and wireless clients, but without a hard drive (or HR2x on the network), it will not work with a GenieGO.

Our initial view is that there is minimal reason (aside from cost and space constraints) to get an H44 over an HR44, especially since (at least for now), DIRECTV will not permit an H44 and an HR44 to be one account. Given the flexibility and versatility of the Genie HR44, we think that is a far superior box and recommend it over the H44 for most users. 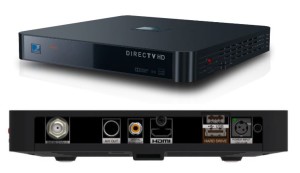